The Evolutionary Origins of Aggressive Cancer 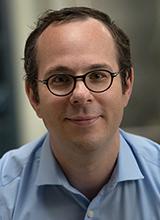 Dr. Paul Boutros pursued his undergraduate education at the University of Waterloo in Chemistry. During the co-op portion of his degree he worked for a wide range of organizations, including the Federal Government, a water-purification company and Petro-Canada. But he found his true calling during a work-term spent at Michigan State University developing computer models of how cells respond to drugs and toxins. Dr. Boutros’ undergraduate thesis extended this work to focus on modeling DNA damage, and was awarded First Place in the National Undergraduate Chemistry Conference. In 2004, Paul started his Ph.D. at the Ontario Cancer Institute, in Toronto. During his studies he received several awards, including the CIHR/Next Generation First Prize and the Invitrogen Canada Young Investigator Silver Award. After publishing 27 peer-reviewed papers over four years, Paul was awarded his Ph.D. in 2008 for his development of novel biomarkers for predicting cancer severity. In 2008, Paul started his independent research career at the Ontario Institute for Cancer Research, as Principal Investigator in Informatics & Biocomputing, and Assistant Professor in the Departments of Pharmacology & Toxicology and Medical Biophysics at the University of Toronto. He is a Prostate Cancer Canada Rising Star in Prostate Cancer Research, a Terry Fox New Investigator Award recipient, a University of Waterloo Young Alumni Award winner and recipient of the Early Career Graduate Student Teaching Award. In 2016 he received his M.B.A. from the University of Toronto, and in 2018 Paul was awarded the Dorval Prize by the Canadian Cancer Society, recognizing the best early career investigator nationally. In 2018, Paul relocated to the University of California, Los Angeles, taking on leadership roles at the Jonsson Comprehensive Cancer Centre and the Institute for Precision Health. As a Professor in the Departments of Human Genetics and Urology, Paul’s research focuses on personalizing therapy for cancer by developing novel statistical methodologies. He leads the ICGC-TCGA DREAM Somatic Mutation Calling Challenge that is setting global standards for analyzing cancer genomic data, and drives programs in cancer genomics, data science and biomarker translation.