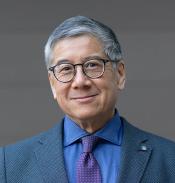 Dr. Geoffrey T. Fong, O.C., Ph.D., F.R.S.C., F.C.A.H.S. (AB Stanford; PhD University of Michigan) is Professor of Psychology and Public Health Sciences at the University of Waterloo, and Senior Investigator at the Ontario Institute for Cancer Research. Dr. Fong is the Founder and Chief Principal Investigator of the International Tobacco Control Policy Evaluation (ITC) Project, a consortium of over 150 researchers across 31 countries, covering over half of the world’s population and over two-thirds of the world’s tobacco users.

The ITC Project is the world’s largest tobacco research program, having published over 650 articles, 100 national and policy reports, and presented over 1,300 papers at scientific meetings since 2002. A major objective of the ITC Project, the first-ever international cohort study of tobacco use, is to evaluate the effectiveness of tobacco control policies of the WHO Framework Convention on Tobacco Control (FCTC)—the first WHO treaty. The ITC Project has produced important and influential research evidence on the effectiveness of FCTC policies, including graphic warnings, smoke-free laws, tobacco marketing restrictions, illicit trade, price/tax policies, cessation support, and bans on menthol cigarettes. Dr. Fong has published over 470 research articles and given over 250 invited talks. Every year since 2015, Dr. Fong has been selected for the Clarivate Analytics List of Highly Cited Researchers, being among the top 0.1% of the world’s researchers in the social sciences in the number of highly cited (top 1%) of scientific articles he has published. According to Elsevier Intelligence’s SciVal, the world’s most extensive research performance metrics system, Dr. Fong is the world’s most productive researcher in the field of tobacco research.

Dr. Fong has contributed to many landmark reports, including those of the International Agency for Research on Cancer (IARC), U.S. Surgeon General, WHO, US National Academy of Sciences, and the UK’s Royal College of Physicians. He was one of the three Scientific Editors of the 2016 WHO/US National Cancer Institute Monograph, The Economics of Tobacco and Tobacco Control. Dr. Fong was a member of the 7-person WHO FCTC Impact Assessment Expert Group, serving as its Technical Coordinator, which conducted the official evaluation of the FCTC in its first decade (2005-15). Dr. Fong has served as an expert consultant for WHO and for many countries including Canada, Australia, Brazil, United Kingdom, Malaysia, and Singapore. He served as an expert for Australia and Uruguay in successful defenses of their policies against the tobacco industry’s legal challenges via trade treaties (Australia’s defense of plain packaging at the World Trade Organization was the largest ever WTO dispute). Dr. Fong has been a member of many key national and global advisory groups including Health Canada’s Vaping Products Scientific Advisory Board, Canada’s Tobacco Endgame Summit (whose objective of “less than 5% tobacco prevalence by 2035” has been adopted by the Canadian Government), WHO Expert Group on COVID-19 and Tobacco Use, and the Expert Group on FCTC Articles 9/10 (Tobacco Product Regulation). Dr. Fong was also a member of the Scientific Leadership Team that created US FDA’s Population Assessment of Tobacco and Health (PATH) Project.

Dr. Fong has received 14 Canadian and 8 international awards for his research contributions. In 2009, he and Waterloo colleagues Mary Thompson and David Hammond were awarded the first Top Canadian Achievement in Health Research from the Canadian Institutes of Health Research (CIHR) and CMAJ. In 2011, Dr. Fong received the CIHR Knowledge Translation Award. In 2012, Drs Fong, Thompson, and Hammond received the Statistical Society of Canada’s Lise Manchester Award for the ITC Project’s “unique and historical research effort.” Dr. Fong was awarded the 2013 WHO World No Tobacco Day Award for his international work advancing the FCTC, the 2015 Luther L. Terry Award for Outstanding Research Contribution from the American Cancer Society, the 2017 Senior Trailblazer Award from CIHR’s Institute for Population and Public Health, and the 2017 Policy Impact Award from the American Association of Public Opinion Research (AAPOR). In 2019, Dr. Fong was awarded the John Slade Award from the Society for Research on Nicotine and Tobacco, the Award for Distinguished Service in Cancer Research from the Canadian Cancer Research Alliance, and the prestigious Medal of Honour from the Health Research Foundation (Dr. Fong is the 27th recipient of this award, which was first presented in 1945 to Sir Alexander Fleming, the discoverer of penicillin; other recipients include Charles Best, Wilder Penfield, Julio Montaner, David Jenkins, and Brian Mulroney). Dr. Fong was awarded the 2020 O. Harold Warwick Prize from the Canadian Cancer Society for outstanding achievements in cancer control research, and the 2021 Governor General’s Innovation Award (with Thompson and Hammond), a prestigious award that “encompasses all sectors of Canadian society” and is given to individuals, teams and/or organizations whose innovations are truly exceptional, transformative, and positive in their impact on quality of life in Canada.” Dr. Fong is an elected Fellow of the Royal Society of Canada, the Canadian Academy of Health Sciences, the Association for Psychological Science, and the Society for Research on Nicotine and Tobacco. In December 2021, Dr. Fong was appointed as an Officer of the Order of Canada. 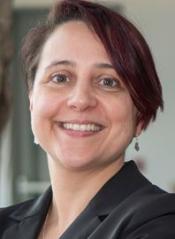