When asked about the public health message of this research, Dr. Davis Lynn explained, “It is important to study racial/ethnic groups separately because they have different health behaviors and social experiences that affect their risk for disease—in this case, breast cancer incidence.”

Dr. Davis Lynn was previously recognized by the American Association for Cancer Research (AACR) for her work on a similar topic. She was awarded an AACR Scholar-in-Training Award to attend the 2017 AACR Conference on The Science of Cancer Health Disparities in Racial/Ethnic Minorities and the Medically Underserved. Dr. Davis Lynn received this travel award to present her abstract, “Current and future incidence rates of invasive breast cancer between Black and White women.”

CPFP Fellow, Dr. Elizabeth Salerno, received meritorious abstract and citation awards from the Society of Behavioral Medicine (SBM) during their 39th Annual Meeting and Scientific Sessions in April 2018. Dr. Salerno received these awards for her abstract titled, “Dose-Response Effects of Acute Aerobic Exercise on Cognitive Function in Breast Cancer Survivors,” which was also featured as a press release to leading media outlets during the meeting.

Cancer survivors often experience cognitive problems, including poor memory, loss of concentration, slower processing of information, and reduced executive function. Dr. Salerno’s study, conducted at the University of Illinois at Urbana-Champaign, explored the effects of exercise on cognitive function in breast cancer survivors. Using a sample of 48 breast cancer survivors, she and her colleagues administered a battery of cognitive tasks before and after different durations of exercise and sitting. The results showed that women either maintained or improved their performance on the cognitive tasks after some level of exercise, compared to poorer performance after sitting. 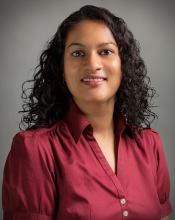 CPFP alum Dr. Susan T. Vadaparampil has been appointed Associate Center Director of Community Outreach and Engagement at the NCI-designated Moffitt Cancer Center. In her new leadership role, Dr. Vadaparampil will focus her efforts on defining and characterizing Moffitt’s catchment area; engaging with key stakeholders to monitor and prioritize cancer-related research issues with a focus on health equity; facilitate research relevant to those Moffitt serves across scientific programs; accelerate the adoption of new clinical guidelines and evidence-based interventions; and monitor the impact of Moffitt’s activities on the community.

NCI Director Dr. Ned Sharpless recently classified the NCI Cancer Centers Program as an “important program that gives us a way to reach into the community and get information from the community that is very vital to the NCI.” As she strengthens partnerships between Moffitt and its surrounding catchment area, Dr. Vadaparampil is now poised to advance Director Sharpless’ vision for NCI’s Cancer Centers.

Dr. Vadaparampil’s time in the CPFP was essential in preparing her for this stage in her career. Vadaparampil emphasized, “I learned to be comfortable communicating across disciplines, the value of team science, and the need for every scientist, regardless of discipline, to consider how their research contributes to the ‘end game’ of cancer prevention and control research by making an impact on public health and/or clinical practice.” 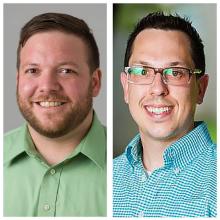 December 14, 2018
The 2018 Trans-Fellowship Research Award (TFRA) recipients are Drs. Joseph Shearer and Erik Willis. This award is specific to the CPFP, and only fellows can serve as Principal Investigators. The TFRA…

The 2018 Trans-Fellowship Research Award (TFRA) recipients are Drs. Joseph Shearer and Erik Willis. This award is specific to the CPFP, and only fellows can serve as Principal Investigators.  The TFRA is a competitive, one-year research award that is meant to foster creative team science approaches to advance the field of cancer prevention, while leveraging the unique diversity of CPFP fellows' scientific backgrounds.

They were awarded $15,000 for their project Physical activity and adiposity risk factors for the development of multiple myeloma in the UK biobank.

Dr. Shearer is a molecular epidemiologist, and Dr. Willis is an exercise physiologist by training. When asked why they decided to collaborate, Dr. Shearer noted, "We both shared a common research interest of studying modifiable risk factors such as obesity, but we approached it differently. The TFRA experience exemplifies the collaborative nature of the CPFP and provides the freedom to develop multidisciplinary projects that we might not have had the opportunity to explore in a traditional postdoctoral setting." 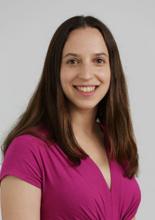 November 27, 2018
Dr. Tamara Litwin is one of the recipients of the 2018 NCI Director's Intramural Innovation Award. This distinguished award is designed to support the development of highly innovative and novel…

Dr. Tamara Litwin is one of the recipients of the 2018 NCI Director's Intramural Innovation Award. This distinguished award is designed to support the development of highly innovative and novel approaches and technology aimed at significant cancer-related problems. The program offers one-time Career Development Awards that are targeted to postdoctoral fellows, staff scientists, and staff clinicians at all levels.  Dr. Litwin received $10,000 for her proposal, entitled Evaluation of Biomarkers for in-vivo Imaging-Based Detection of Cervical Precancers in Low-Resource Settings. Dr. Litwin commented, "The M.P.H. obtained as part of the CPFP was critical for me to conduct this type of research and allowed me to frame the research questions."